In March, the ScribeConnect regional managers and trainers gathered together in the mountains of Idyllwild, California, for the Spring 2016 Management Retreat – which was swiftly renamed an “Advance” since “we don’t retreat at ScribeConnect.” Sitting down at the new corporate offices in Idyllwild with CEO Erich Rempel, the team talked about hiring, training, and what’s new on the horizon at ScribeConnect.

The annual retreat provides company leaders with an opportunity to share updates and experiences, identify challenges, and collaborate on strategies for improvement. With clinic locations currently spread out between Southern California and Southern Illinois, the retreat is a welcome chance for valuable face time and feedback. The schedule included group presentations and training review, along with a healthy daily dose of good food, hiking, barbequing and campfire time. Rempel hosts the retreats as an important part of company culture. “The retreats are about teamwork and communication. I want our team members to spend time together to get to know and learn from each other.”

Retreat topics included the push for recruitment as ScribeConnect continues to take on new clients and expand to new regions. Rempel updated the team on developing technologies such as remote scribing and consolidated coding and billing which will grow the company’s services as the scribing industry evolves. Also discussed were enhancements to the STC signature training curriculum including the updated appendices, an EHR imagery repository, and site­specific tips and topics.

At the core of the ScribeConnect mission, the focus always circled back to improving the patient care experience and helping doctors provide their core service. Rempel stressed the importance of balancing efficiency with adaptability. As the book Team of Teams by retired U.S. Army General Stanley McChrystal reveals, “Modern organizations must adopt the traits of small teams—adaptability, trust, common purpose, shared awareness, and empowerment of individual members to act.” Basically, they must be fast, flexible and share information.

Rempel challenged the management team with the “Proteus Problem.” In Greek mythology, Proteus is an early sea god who is known as the god of “elusive sea change.” The problem with facing down Proteus is his changing form which renders an adversary’s one weapon useless without an ability to switch strategies quickly. As members of a fast­paced clinical team where days unfold in waves and challenges are fluid in nature, scribes are called to be Protean: versatile, flexible, adaptable, and capable of assuming many forms to conquer the problem at hand.

So after four days of meetings, meals and exploring the mountains, what did we learn? We learned that real leaders eat last. They put the needs of the team ahead of their own. From Illinois’ Mozelewski, we learned that anger is a result of unmet expectations, so communicating expectations upfront is key. We learned, according to med schoolbound Park, that we should all be reading more Vonnegut. We learned on a hike with Farrell that if you want to take a great picture, put the good stuff slightly off­center. We learned the unstoppable, unifying power of “Sweet Caroline” karaoke…dah, dah, dah.

And most certainly of all, we are looking ahead to a great 2016 with a strong, growing team at ScribeConnect! 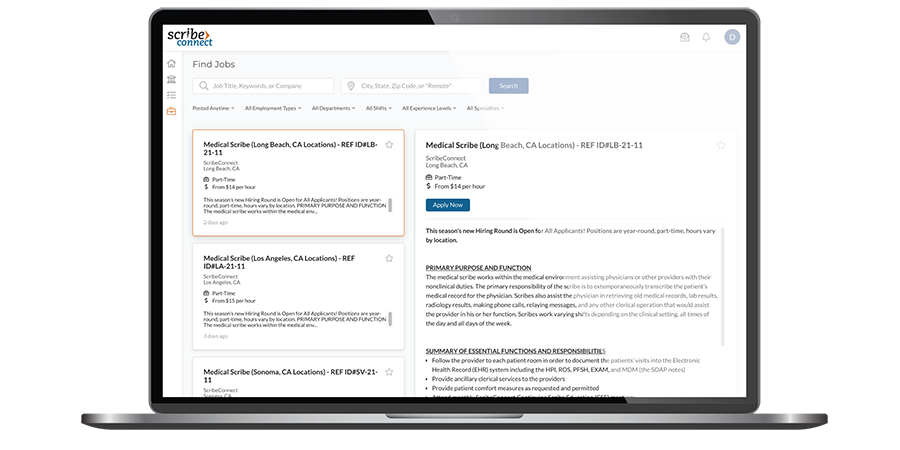